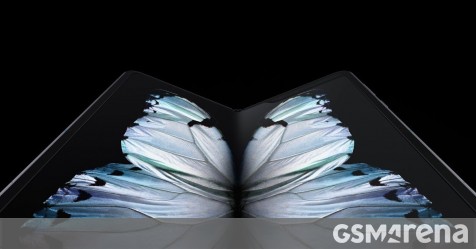 Sources from South Korea report that Samsung has decided to use Ultra Thin Glass (UTG) on the upcoming Galaxy Fold 2 phone (there were some doubts until recently). It has already made an order from Dowoo Insys and Schott, the same companies that crafted the UTG used in the Z Flip.

However, Samsung wants to bring manufacturing costs down and has struck a partnership with Corning (the maker of Gorilla Glass). The two companies are working to to accelerate development and to set up a supply chain in the US.

Currently the plan is to start using Corning UTG on foldable phones coming out next year. Reducing costs is reportedly only part of Samsungs concerns, it is also not happy with how much weight current UTG solutions add to the phone.

We spoke with Corning back in November and the company was already developing its own glass for foldable phones. It hoped to have a working design by the end of 2020. One of the biggest challenges is that the property of the glass depend on phone design decisions like curve radius (how tightly the glass is bent when the phone is closed). That is something that Corning and Samsung can work out together.

The Galaxy Fold 2 will be unveiled in August alongside the Galaxy Note20. Its also possible that the 5G version of the Z Flip will be announced as well.