Realme will unveil 8 new products on May 25, among them the X50 Pro Player edition, the companys first smart watch and its first TV. To build up anticipation, the company already teased the gaming smartphone and now its building up intrigue for the TV.

The Realme TV will have a premium bezel-less deign and the display panel will output up to 400 nits of brightness (20{8c54160eed80eb00ac4f5d74c8785e95142d89daf570f201b81dc7fdc31059f3} more than the average TV in this price segment, says Realme). The Chroma Boost engine will be on image processing duties (previously, Chroma Boost was a mode in the camera app of Realme phones). 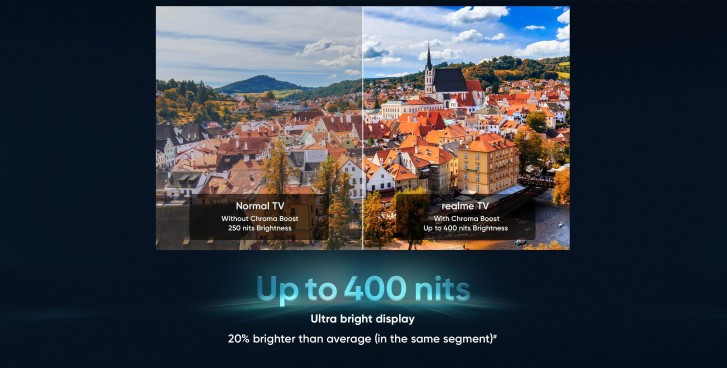 The smart part of the TV will run on a MediaTek chipset with 64-bit CPU (quad Cortex-A53) with the Mali-470 MP3 GPU. Realme also put the first-in-segment label on the chipset, though were not sure how accurate that is (its definitely not the first smart TV with a 64-bit CPU, so we guess its a matter of how you define segment). We dont know if this will run Android TV, but it will definitely have voice commands.

For sound, Realme has lined up four speakers in a stereo arrangement with 24W total output power and Dolby Audio support. 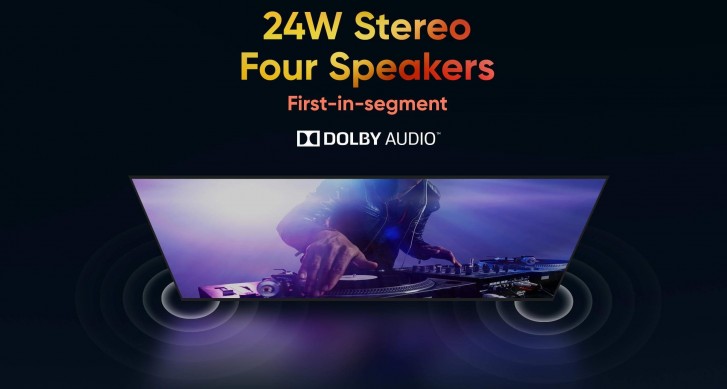 This hasnt been officially confirmed, but the Bureau of Indian Standards (BIS) let it slip that the Realme TV will come in two sizes, 43 and 55, and will use QLED panels. It seems that there will be more official info unveiled this Wednesday, so stay tuned for more.