Realme is trying to build up anticipation for the May 25 unveiling of the X50 Pro Player by releasing a few details about the phone every day. It will be a gaming-oriented version of the Realme X50 Pro, so naturally the focus falls on the features that will improve the gaming experience  performance and connectivity, cooling and audio and now the display.

To no ones surprise, the Realme X50 Pro Player will have a 6.44 Super AMOLED panel with 90Hz refresh rate, same as the regular Pro. The touch sampling rate will be twice that, 180Hz, and Realme says that it has tuned the software to allow for faster reaction times.

The first image lists Android games that support 90Hz, e.g. from modern titles like PUBG to classics like King of Fighters 98. Snapdragon 865’s powerful Adreno GPU will make sure the games actually hit the 90Hz target. 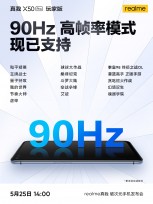 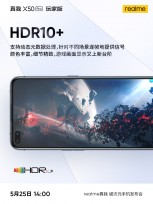 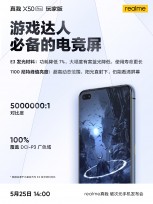 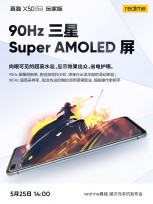 The Realme X50 Pro Player edition will be introduced on May 25, along with seven other products, including the X3 series.