The Samsung Galaxy A31 will launch in India two days from now (on June 4) and it will be exclusive to Flipkart. For now, there retailers teaser page holds only a Notify me button along with some spec highlights.

The price is expected to be around INR 23,000 (but that hasnt been officially confirmed). This will be quite a premium over the Galaxy M31, which started at INR 15,000 (though lately you can only find the 6/64GB version for INR 16,000). The two phones have some things in common, like the 6.4 1080p+ Super AMOLED display. However, the A31 has an in-display fingerprint reader while the M31 has a traditional rear-mounted reader. 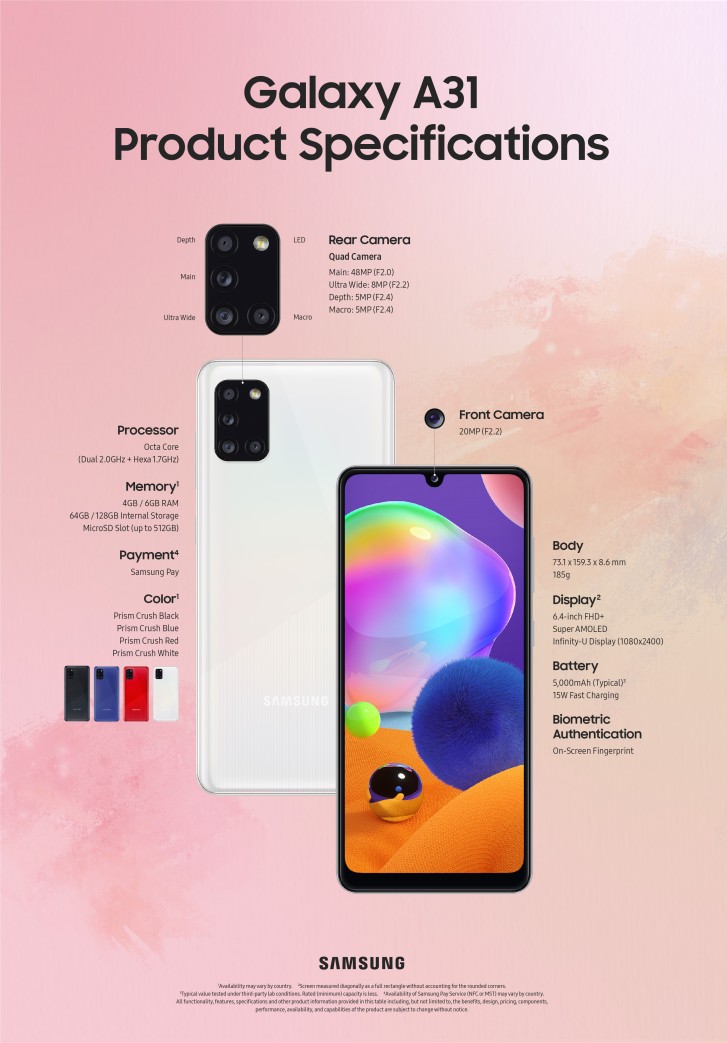