Unreleased Realme confirmed to be real, sadly gets canceled 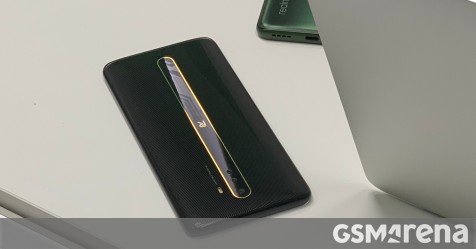 Back in April, a phone with the Realme logo leaked on Weibo, suggesting the brand is trying a radically new design which is similar to some Oppo Reno smartphones. It had some gaming aesthetics and three cameras, hidden behind a flat panel and we thought this is either a prototype of a future gaming phone or just a mock-up of a completely new device.

The truth was revealed by Francis Wang, CMO of Realme India – it was a design consideration for a new smartphone, but had to be canceled because the company didnt want to make any compromises with the internal design.

Yeah, it’s beautiful. However, to put the camera flat under this back cover, battery size has to be significantly compromised. Hence dropped this design. Limit of technology, team is working on sth. better. Stylish design is our advantage, will continue with it. https://t.co/laPveok7nv

Wang confirmed that in order to have a thin flat smartphone with three cameras, the battery capacity will be significantly compromised. He also revealed Realme is working on something better and it will keep betting on stylish design, whatever that means.

Realme already launched a device for all the mobile gamers out there – the X50 Pro Player. It is an updated version of the X50 Pro flagship with extra graphite sheets for better cooling when the heavy gaming begins. The memory is LPDDR5 RAM and UFS 3.0 storage – Realme obviously has an answer to its fans that prefer mobile games and want to remain loyal to the brand.

However, with the mobile gaming industry getting bigger and better with time, we hope to see a dedicated Realme competitor to the vivo iQOO, nubia Red Magic, and the Asus ROG phone lineups.