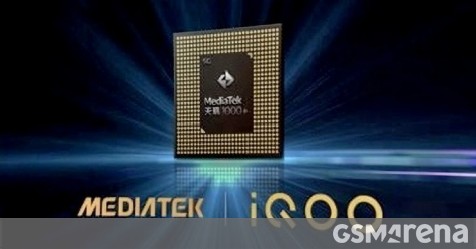 MediaTek and vivo have been entangled in a rather quickly-developing plotline, during the last couple of days. It revolves around the announcement of the Dymensity 1000+ chipset, followed immediately by various hints from vivo of an ambassador phone for said chipset  the iQOO Z1. Merely hours later, a mysterious vivo phone, bearing the model number V1986A, has popped-up on the 3C certification authority website.

Putting two and two together, this is likely the iQOO Z1, which appears to be heading towards and imminent release. The document confirms 5G support on the phone, as well as 44W Flash Charge. Beyond that, though, we only have some of the known features of the Dymensity 1000+ chipset to make assumption about the vivo iQOO Z1.

Certain things like the 5G UltraSave network power-saving technology and HyperEngine gaming optimization sound like a given. Especially on an iQOO-branded phone, with their existing gaming pedigree. We also know that Dymensity 1000+ can drive up to 144Hz refresh rate displays. Though one has naturally been rumored to appear in the iQOO Z1, there is no official confirmation, yet. Same goes for the chipsets Mira Vision tech, meant to provide HDR10+ support, as well as real-time 4K video quality optimization. Hopefully, it makes its way to the upcoming iQOO Z1 as well.