The Samsung Galaxy A21s has been popping-up in the rumor mill from time to time, over the last couple of months. Now, a new leak claims to showcase a render of its front side. Its a slightly odd, yet totally believable development, since the front of the phone, as shown here, looks nearly identical to a set of recent Galaxy A21 leaked renders. Not only that, but the Galaxy A11 and M11 appear to be in the exact same boat, as well. Interestingly enough, despite their lower standing in the lineup, the latter two sems to show slimmer chins and top bezels in their respective renders. Alongside the same top left corner placement for the Infinity-O selfie camera punch hole. Definitely not by much, though, so, well just assume that all of these models will be practically impossible to tell apart next to each other, once they all eventually make it to market. 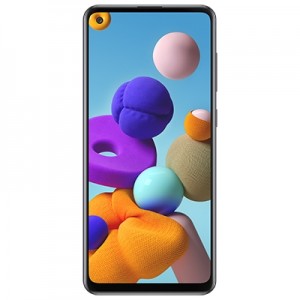 The source of this new render also offers a few specs for the Galaxy A21s, which happen to fall in line nicely with a recent GeekBench listing for an SM-A21F/DS device. We are looking at a 6.5-inch device. Likely 6.55 inches, to be more precise, with HD+ resolution. 3GB of RAM, 32GB or 64GB of storage, NFC and a fingerprint scanner. Almost certainly a rear-mounted one, like on all of other Galaxy devices, mentioned above.

Circling back to said GeekBench listing and a few other rumors, we also anticipate the Galaxy A21s will sport a big 5,000 mAh battery, 48MP main, 8MP ultrawide and 2MP macro cameras on the back and a 13MP selfie, on the front. And last, but not least  an Exynos 850 chipset.

The latter might, very well, be one of the few distinguishing details between the Galaxy A21s and the vanilla Galaxy A21, said to use a MediaTek Helio P35 instead. Plus, a potentially smaller 4,000 mAh battery. There has also been a microUSB connector rumor floating about for the A21s and A21. But that seems rather unlikely, given that both the Galaxy A20 and A20s already use USB Type-C.