Two unknown vivo devices, bearing model codes V1962A and V1962BA, have been certified by China’s TENAA. These are believed to be versions of the vivo S6 5G that will be unveiled on March 31.

The V1962A and V1962BA share the same specs and have similar designs, but the latter has “G1” written on its back, which is something we don’t see on the official images of the S6 5G shared by vivo.

The two phones are built around 6.44″ AMOLED screens of FullHD+ resolution and have in-display fingerprint readers. The displays also have waterdrop notches for the 32MP selfie cameras. A previously leaked image suggested the vivo S6 5G will feature a punch hole display and come with two front-facing cameras. That image is either fake or it’s a different phone.

vivo already confirmed that S6 5G will sport a quad camera on the back with a 48MP main unit. Now we know the primary camera will be joined by one 8MP and two 2MP modules. The 8MP module is likely an ultrawide camera, while the 2MP units could be macro and depth sensors. 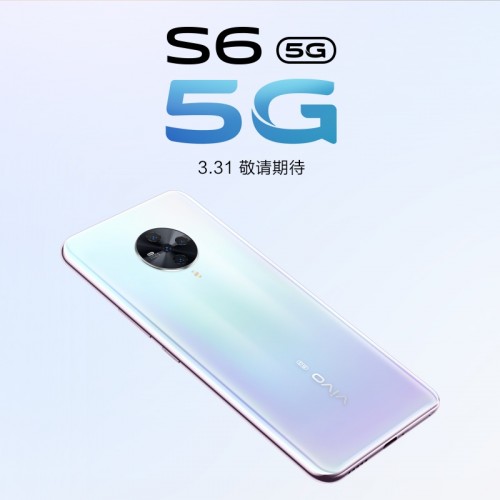