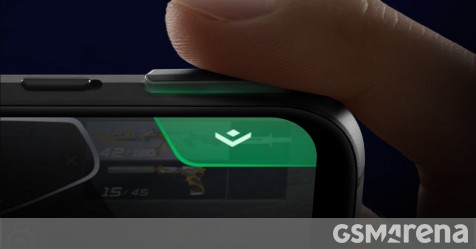 The Black Shark 3 series gaming phones are coming on March 3 and with the fast-approaching announcement date, we are getting a clearer picture of what to expect. The latest teasers for the Black Shark 3 Pro reveal it will come with a pair of built-in mechanical shoulder buttons.

Weve already seen capacitive shoulder triggers on gaming phones but this is the first time a company is implementing a mechanical solution, which is bound to offer more precise controls and superior feedback. 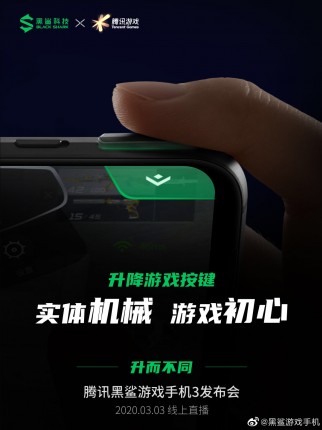 The triggers appear to sit flush with the device when not in use and can spring into action as demonstrated by a product video. According to a post from the official Black Shark Weibo account, each button will come in at 21mm in length and will feature 1.5mm key travel. The company claims the triggers can withstand more than 300,000 lifts and over a million clicks.

The Black Shark 3 duo will sport 120Hz displays, Snapdragon 865 chipsets, up to 16GB RAM and 65W fast charging. The Pro variant will sport a 5,000 mAh battery while the vanilla model is expected to come with a 4,720mAh cell.

Both phones will also come with a magnetic charging solution that attaches to the back. As usual, we’ll be on the lookout for more Black Shark 3 clues in the days leading up to the event so keep an eye on our homepage.