Flashback: Huawei Ascend P6 showed promise, but had much to learn 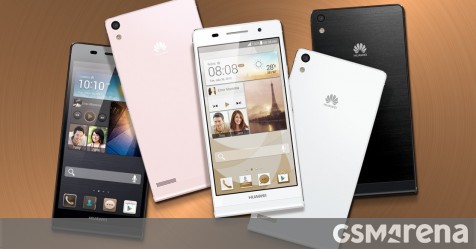 Huawei was one of the first companies to adopt Android – the U8220 was unveiled just months after the T-Mobile G1. But for this article we wanted to focus on one of the phones that laid the groundwork for what Huawei phones are today (and if you want to know more about the company’s history, we recommend this Counterclockwise article).

The Huawei Ascend P6 was the thinnest mass market smartphone when it launched in June of 2013. It wasn’t the thinnest, of course, there was a model from a little-known company called “vivo” that was even thinner.

Still, the P6 was striking, it measured only 6.19mm. And this was before camera humps were the norm, so that’s as thick as the phone got. Its aluminum frame made it sturdy despite its slender build and we liked the brushed metal finish on the back.

Huawei Ascend P6 next to an iPhone 5

The phone was so thin that even the 3.5mm headphone jack (which was on the bottom left side) seemed like a large opening. Huawei did something clever here – it plugged the jack with the SIM ejector tool to keep dust out. The issue was you needed to be careful not to lose the ejector when you take it out connect a pair of headphones, but if you did that often you could always just leave the ejector at home.

The 3.5mm audio jack was plugged with the SIM ejector tool

The slim body meant that there wasn’t much room for the battery, but the 2,000mAh power cell did quite okay, delivering a 46h Endurance rating (just a couple of hours short of what the HTC One managed, for example). 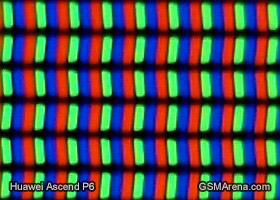 In other ways, it was ahead of the pack. Above that screen was a 5MP selfie camera, which was a big deal at the time. The Galaxy S4, HTC One, LG G2, Xperia Z1 and others had 2MP snappers.

The 8MP camera on the back produced photos with excellent levels of detail with nice colors and reliable auto-exposure. The autofocus was a bit wonky, but overall it was a good camera. Of course, this was before Huawei’s partnership with Leica, that started with the Huawei P9.

The phone launched with Android 4.2 Jelly Bean styled with Emotion UI 1.6 (the original name of EMUI). It was still quite new, Huawei released v1.0 just months before, offering files on its website that users could download and install on the Ascend P1.

It was quite a departure from the Android UI that was standard at the time, the removal of the app drawer was controversial, for example. Still, it was a feature-loaded, skinnable UI and many were happy with it.

The Ascend P6 was powered by the HiSilicon K3V2 chipset – one of the first from Huawei’s chip division (certainly the first that consumers heard about). This chip made its debut on the Huawei D Quad in early 2012 and while it was good for the time, it was again a year late in 2013.

The 40nm chip housed four Cortex-A9 cores, which were old news. The Snapdragons had Qualcomm’s blazing fast custom CPU cores while Samsung’s Exynos was already using A15 cores in a big.LITTLE configuration. Performance wasn’t great and the Vivante GC4000 GPU was behind the curve as well. 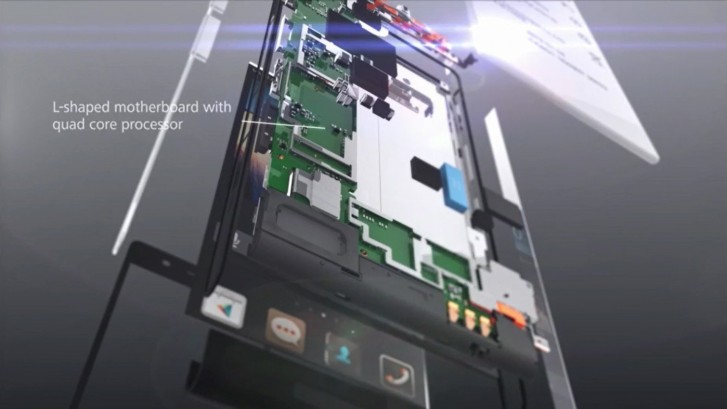 It wasn’t a great first outing, but Huawei’s chipsets have caught up with the competition. Most recently, the company was one of the first to jump on the Extreme Ultra Violet (EUV) bandwagon and among the first to integrate a 5G modem.

But in 2013 it was LTE that was the cool new wireless tech and the Huawei Ascend P6 didn’t support it. It wasn’t the chipset’s fault, it used an external modem. And to be fair, Exynos chips were 3G-only as well – Qualcomm was the one leading the LTE charge.

Still, with Samsungs, HTCs, Sonys, LGs and others using Snapdragon chips, there was the notion that flagships needed 4G connectivity. Was the Huawei Ascend P6 a flagship? 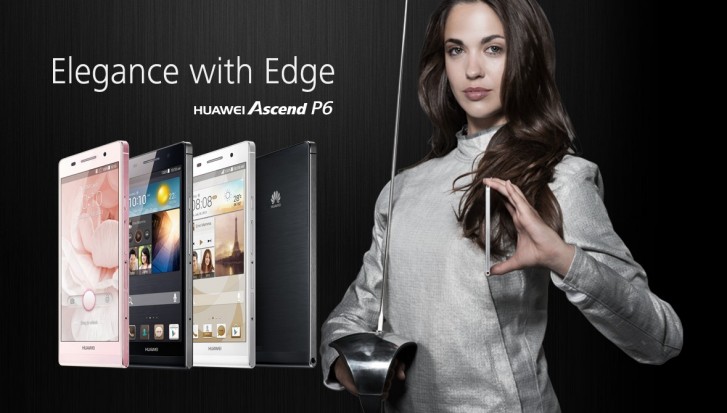 It launched at a price of 450 while the Galaxy S4 started at 650, the HTC One was 660 and the LG G2 600. Given its lower price point, the lower screen resolution and chipset performance were not necessarily deal breakers.

Plus, where else were you going to find a phone that’s only 6.2mm thick? And has a 5MP camera? The Ascend P6 helped Huawei raise its profile in the western markets and built a reputation that would only improve with later releases of the P-series.