The T68 was essentially the last phone released under the Ericsson brand. In fact, a few months later it was re-released as the Sony Ericsson T68i with only small cosmetic changes on the outside and a software update (which was available to the older models as well).

It marked a few firsts for Ericsson  its first phone with a color screen, first with an internal antenna. It wasnt the first to support a camera, but it was the first Ericsson to work well enough for people to actually remember.

It was an add-on camera, the MCA-25 CommuniCam. It had a VGA sensor (640 x 480px) and internal storage that could fit 14 full resolution photos or up to 200 tiny images (80 x 60px, good enough for a contact photo). Writing a full resolution shot to the cameras memory took just under 10 seconds, transferring it to the phones storage took nearly half a minute.

This module was an upgrade over the MCA-10 used by some older Ericsson phones, which topped out at 352 x 288px and was meant for phones with B&W screens. That didnt matter much, both camera modules used optical viewfinders. Well it did matter, but well get to that.

Weve talked about the first camera phone before, so the Nokia 7650 (with an integrated camera) should be familiar. It came out in 2002 and was quite chunky, unlike the petite Ericsson phone.

It was small in stature, but in terms of functionality it was a giant. It had 2G with WAP, along with Bluetooth and infrared for sending files locally. The Sony Ericsson update added full MMS support and a built-in email client. This was the pinnacle of mobile communication in 2001/2002. 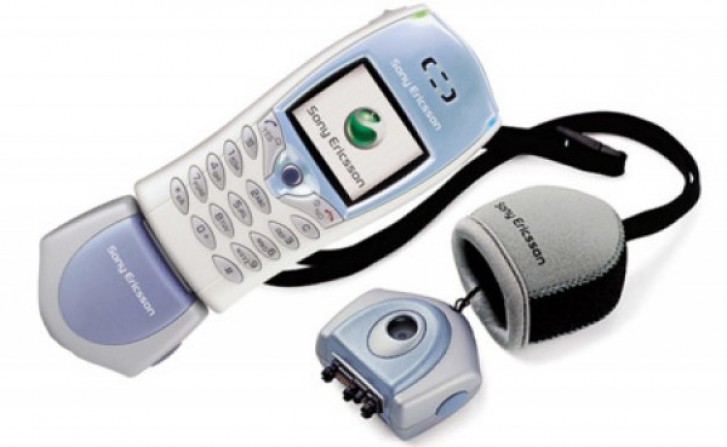 Ericsson had its own reasons to push MMS  in 2001 it had just unveiled network hardware (and software for real-time billing), which carriers could use to launch their own MMS service. It would then proceed to brag about the newfangled 3G networks and its partnership with Sony, which was supposed to drive up demand with top-selling 3G phones.

The carrier side of Ericssons business is alive and well. In fact, its one of very few companies that are building 5G networks. The consumer-facing phone business didnt do so well, but we digress.

Back to the T68. Its screen was tiny but it could display 256 colors, something very few phones could claim back then. The 101 x 80px resolution wasnt the best for viewing photos taken with the phone, but you could always email them to people who would marvel at them on their computers. Plus, as Ericsson was trying to push MMS, a color screen was a must-have.

For email you could also use another smart accessory, the Chatboard CHA-10. This was a full QWERTY keyboard that plugged into the same port as the camera. Otherwise you’d have to type out the message using T9 on the tiny keypad.

Emails could handle the full 640 x 480px resolution while MMS was limited to 160 x 120px. The cameras user manual calls those Extra Large and Medium, respectively (Large is 320 x 240px). The Extra Large setting works out to 0.3MP resolution, by the way. Less than twenty years later, we have phones that take 108MP photos.

Thing really have changed since then. The mobile company itself changed, its now just Sony (after it bought out Ericssons share in the 50/50 partnership). And even James Bond changed.

The Sony Ericsson T68i was the first real-world mobile phone featured in the movie series. Seen in Die Another Day, it wasnt used by Bond himself but by Jinx (Hale Berry). If youre interested in the history of phones in James Bond movies, weve covered that before. Of course, Bond is using an HMD-made Nokia these days. Like we said, things have changed. 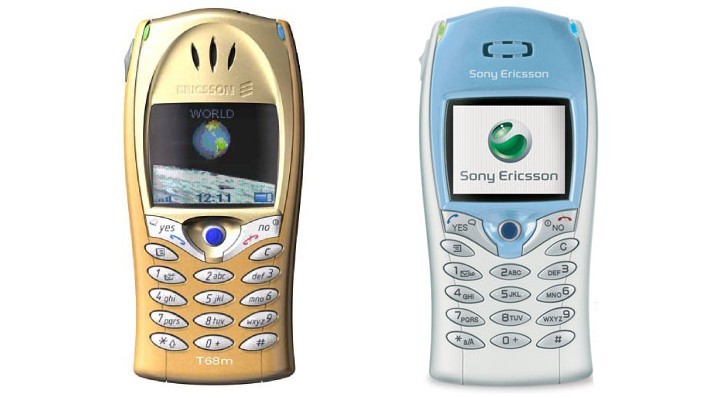 The T68 was a featurephone, which is ironic since the Ericsson R380 was the first device marketed as a smartphone and was the first phone to run Symbian. In fact, Sony Ericsson didnt use Symbian much outside of its UIQ devices. The company would do some soul searching before settling on Android.

The (Sony) Ericsson T68 was a product of its age. Electronics were advanced enough to give you Internet connectivity on the go, but not advanced enough to do much with it. You could take photos, but it would be years before phones displaced point and shoot cameras. Still, the T68 and phones like it made us feel like we were living in the future, quirky as it may have been.