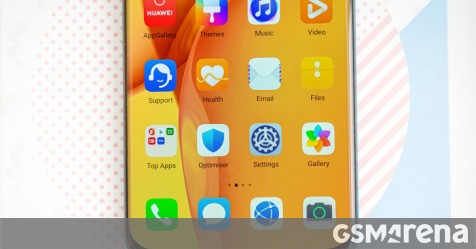 During the launch event of the new P40 series, Huawei Consumer Business CEO Richard Yu gave out an update on the situation surrounding the companys software ambitions with its Huawei Mobile Services (HMS) suite.

The companys alternatives to Google Mobile Services (GMS) which include the AppGallery store, Huawei Video, Huawei Music and Huawei Wallet are now used by over 400 million monthly active users across 170 countries.

In addition, Yu boasted there are now over 1.3 million developers on board bringing apps, games and other software tools for Huawei devices. Huawei is also collaborating with both global and local partners to provide tailored content for its users. An example given on stage is the collaboration with UK news and sports media outlets like The Sunday Times, News UK and Talksport.

On the video side, Huawei is partnering with the likes Universal Pictures, Sony Pictures Entertainment, Paramount, BBC Studios and other premium content channels to expand its content library. For music, Huawei is working alongside Warner Music Group, Sony Music and Universal Music Group among others.

Richard Yu also reiterated Huaweis willingness to work with more app developers and warmly invited them to join the ranks of the HMS Ecosystem.

While these are all great steps in Huaweis strategy to provide alternatives solutions to Googles established app ecosystem, only time will tell if Huaweis ambitions are going to make for a true contender. If you’re interested in the current state of Huawei AppGallery, check out this experiment we did earlier in the month.