While there are a solid six months (or even more) before we see the debut of the next-gen iPhones, rumors about Apples upcoming flagships are starting to intensify. The latest one comes from the folks over at Svetapple who posted some renders of the alleged iPhone 12 Pro. The biggest takeaway is the absence of the now-signature notch which made its debut with the iPhone X back in 2017. 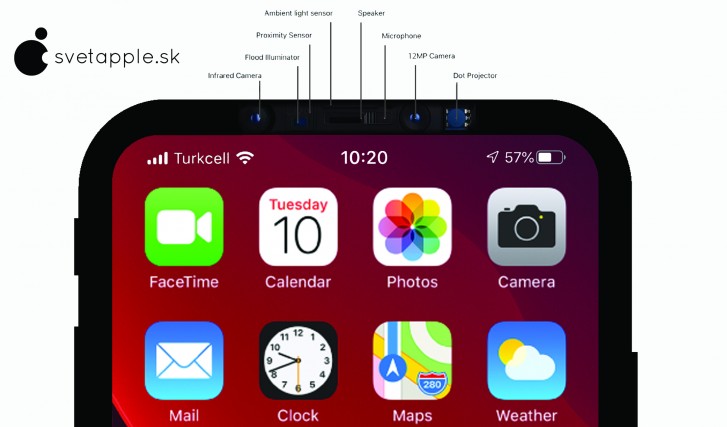 All the components currently housed in the notch are tucked into the top bezel of the phone. We see a diagram that shows the IR camera and accompanying sensors and dot projector as well as the speaker and 12MP front-facing camera all spread across the top bezel. The side and bottom bezels also look larger than the current iPhones but given that this is just an early render we cannot draw any conclusions. 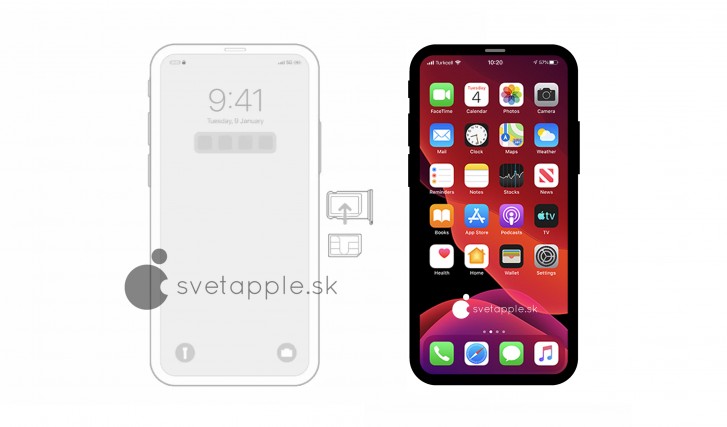 A separate diagram also shows that the SIM slot is still present on the right-hand-side. The device is also described to come with flat sides which confirms previous rumors. Recent iPhone 12 rumors point that the larger 6.7-inch Pro variant will gain a new sensor-shifting camera stabilization. Weve also heard about the possible 3D ToF sensors coming to both Pro variants. There are also talks about 120Hz ProMotion displays, up to 6GB RAM and mmWave 5G connectivity.

Of course, there’s no way to verify the source of the images and it appears a bit too early for them to be coming from an official source. It’s more likely that they are either fan made or based on intel from the supply chain. We’ll have to wait for more rumors to pile and see if the information is corroborated.