Lenovo Legion Phone will be all about horizontal experience, teaser reveals 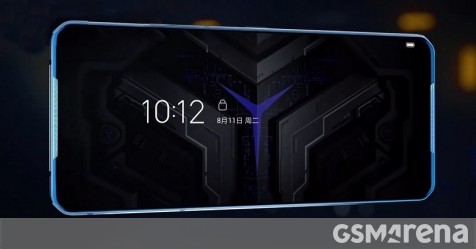 Lenovo’s first gaming phone under the Legion brand has been the subject of a long teaser campaign, but were yet to see a launch date or proper specs sheet from an official source.

Today, the companys Weibo profile posted another short teaser, highlighting that the handset is meant to be operated in horizontal orientation. That was already hinted by previous rumors that the revealed the Legion Phone will have a pop-up selfie camera on the side and main shooters in the center of the back panel.

The layout of the user interface of the Legion Phone will have extra optimization for landscape mode, with the Settings menu and its sub-menus opening on both sides of the screen.

That way you can maximize the visualization area and while the phone was probably a placeholder, it could also be the Legion Phone with no cameras or notches on the front.

We already know the Legion phone will have 90W charging, gamepad accessories and will arrive with game-changing liquid cooling technology.

The manufacturer also claims the phone will be the first to surpass the 600,000 threshold on AnTuTu, something modern Snapdragon 865-powered phones are still struggling – the Mi 10 Pro can go as high as 593,769.