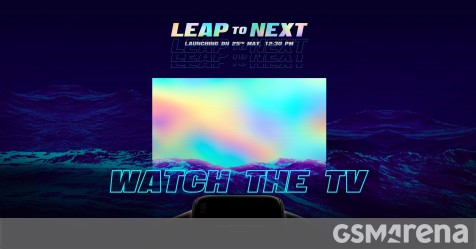 A couple of days ago Realme announced that it will unveil eight new products on May 25 in China, with one of them being a gamer-centric smartphone dubbed Realme X50 Pro Player (Edition). Today, Realme’s Indian branch announced that it will unveil the company’s first smartwatch and smart TV on May 25, called Realme Watch and Realme TV, respectively.

Realme hasn’t divulged any specifications of the Realme TV and Realme Watch yet, but the company did release a teaser video yesterday confirming the black color option for the smartwatch and an image posted on the official Indian site reveals it has a button on the right side with a yellow accent.

That said, a leak from last month revealed the Realme Watch will have at least four color options – Black, White, Yellow, and Blue. 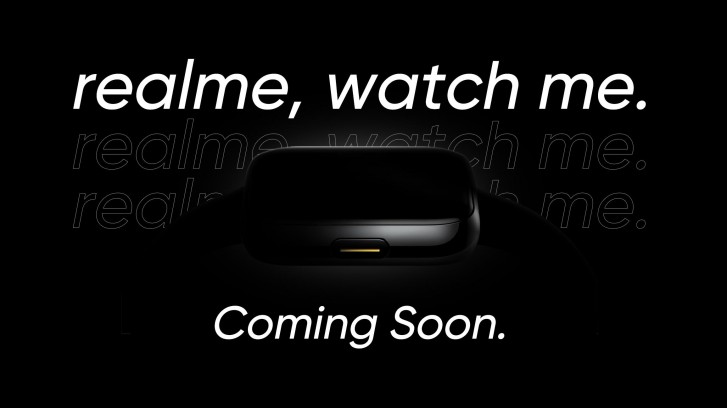 The smartwatch will sport a square-shaped LCD measuring 1.4″ diagonally and have a resolution of 320×320 pixel resolution. It will run a custom OS and pack a 160 mAh battery capable of offering seven-day endurance with 24-hour heart rate monitoring. You can head over here for more details.

The Realme TV, on the other hand, is expected to arrive in two sizes – 43″ and 55″ – and is rumored to run Android TV with Netflix support.

Realme in a press note sent to the media said that it will launch “other accessories” on May 25, which could be a new power bank, Buds Wireless Pro and Buds Air Neo TWS earphones.

Realme is also expected to unveil the Realme X3 and X3 SuperZoom smartphones on May 25. We should hear more about all these products as we inch closer to the May 25 event.