A report from My LG Phones points out that the South Korean phone maker has applied for 13 new device names in the Q-series of midrange LG devices. The applications were submitted to the Korea Intellectual Property Rights Information Service (or KIPRIS). The names included are Q31, Q32, Q33, Q51, Q51S, Q52, Q53, Q61, Q62, Q63, Q91, Q92, and Q93. All the names were filed under Class 9 which indicates these are smartphones.

If you go to the Source link to the KIPRIS website and search for LG Elecrtonics, then sort by application date in descending order, youll find all the most recent names that LG has filed for. 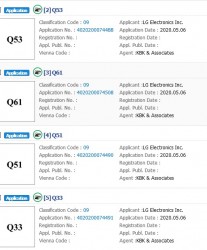 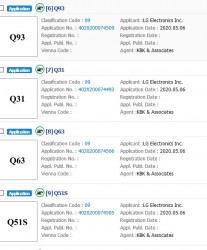 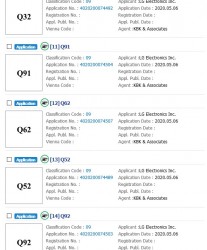 All of these Q-series phones have current models in their lineup with the exception of the Q30 series. We can perhaps expect that the Q30 range of LG devices would replace the K10 with a new numbering scheme thats better than releasing a new phone with the same model number followed by the year it was released.

The only device that we already have in our database from this list is the LG Q51, which was announced back in February  which is powered by a Mediatek Helio P22 and 3GB of RAM with a 6.5-inch 720p+ display, powered by a 4,000 mAh battery.

We can certainly expect the LG Q range of devices to make an appearance over the next several months.