LG gives more details about Velvet, will have a 48MP main camera 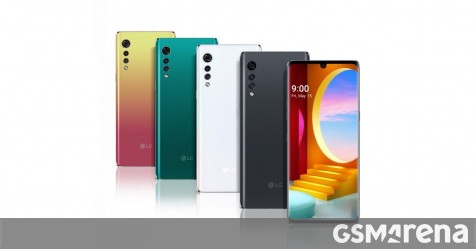 The new midranger LG Velvet is going to be officially introduced on May 7 and launched on the South Korean market on May 15, and today the company revealed a few key specs of the phone. The phone will have a 48MP main camera on the back, a huge display, and a large battery. The specs came alongside official renders of all four colors, and the sunrise/sunset paint job is looking particularly attractive.

The LG Velvet will have a 6.8 screen with 20.5:9 ratio and the company calls it Cinema FullView display. There is a notch with an additional waterdrop on the top, where the selfie camera will be positioned.

The Velvet will also have stereo speakers with the earpiece doubling as a speaker. It will also have AI Sound technology that will adapt the sound for optimal quality, depending on the content – whether it is games, videos, or simply listening to music.

Camera-wise, we are looking at a 48 MP main shooter with pixel-binning technology. The second snapper will be an 8 MP ultrawide unit, while the third is a 5 MP depth sensor. LG Velvet will also have ASMR recording feature that will execute two high-performance microphones for vivid sounds.

The body of the Snapdragon 765G-powered phone will be 74.1 mm wide and just 6.8 mm thin, but somehow LG managed to cram a 4,300mAh battery inside. The company says the Velvet will come with low-power software algorithm so the battery isnt quickly drained when on 5G.

There will also be support for LG Dual Screen and LG Stylus Pen, both sold separately. LG is already recruiting 300 “VELVETists” to trial the phone starting tomorrow for eight days, when it launches.

The phone will be sold by all three South Korean carriers, as well as some retailers. All four colors, machine-translated as Aurora Gray, Aurora White, Aurora Green, and Illusion Sunset, should be available immediately on May 15.