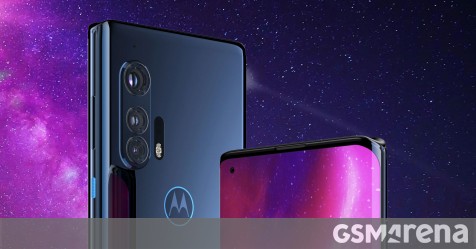 Motorola hasnt released a flagship in a while, but the Motorola Edge+ is set to arrive with a bang. We saw renders of the phone last week that show a triple camera on the back and if what leakster @TechDroider says about the modules is true, then this will be the first Moto with a 108MP sensor.

The triple camera setup is described as 108+16+8MP. The Moto One Zoom has an 8MP telephoto cam (3x zoom) and a 16MP ultrawide snapper, so theres a good chance that the Edge+ follows a similar pattern.

The 108MP sensor on the main camera is certainly made by Samsung, though its not clear if it will be the Tetracell version that Xiaomi uses or the Nonacell one (doubtful, as that may be exclusive to the Galaxy S20 Ultra).

Anyway, the final camera sensor on the Motorola Edge+ is the 25MP unit inside the selfie camera. Moto went with a punch hole design on its curvy waterfall display.

The Edge+ (this is Verizons name for the phone, anyway) will be powered by a Snapdragon 865 chipset, will have 5G connectivity and a 6.67 90Hz display. The rumors also promise features you might find interesting – stock-like Android, large 5,170mAh battery and a 3.5mm headphone jack.

Were still waiting on Motorola to decide when and how to launch the phone, however (the original plans were cancelled alongside the MWC).