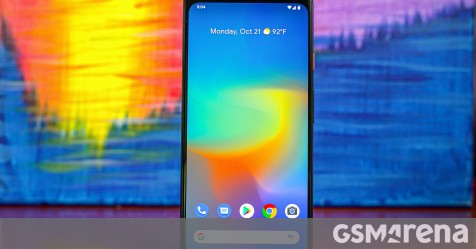 Today is the first Monday of the month, so as is customary Google has released its monthly update for the Pixel devices that it still supports. This time around though, it isn’t just a security update. The company has announced the second ever ‘Pixel feature drop’, which should add new stuff to its phones left and right. Take a look for yourself:

This being Google, things can’t be simple. Not everything that’s part of the ‘feature drop’ will be available to you once you install the new software update. Bits and pieces are going to be activated via server-side rollouts, and for other things you might also need updates to the built-in apps. So here’s what to expect – just don’t expect it all at once, because that’s not how Google rolls.

First off, you can now schedule the dark theme, either based on sunrise/sunset or to specific times of your choosing. Next up, the Pixel 4 and 4 XL get a new Motion Sense gesture for pausing/playing music. The Pixel 2 and Pixel 2 XL now support Live Captions. Car Crash detection is rolling out for the Pixel 4/4 XL in the UK and Australia, AR effects are available for Duo video calls, and the Pixel 4/4 XL also get improvements in portrait mode selfies.

169 new emoji are baked in, as is a new power button menu (that appears when you long-press). Now this shows your Google Pay wallet at the top, while the options for shutting down and rebooting have been relocated to the bottom of the UI. Additionally, the Pixel 3 and later devices get support for screenshots of boarding passes with real-time flight updates.

A new Rules section in Settings automates stuff based on which Wi-Fi network you’re connected to, or your physical location. Pixel 4 devices finally get a high brightness mode for the screen when in auto brightness mode – this will take effect when you’re out and about in very sunny conditions.