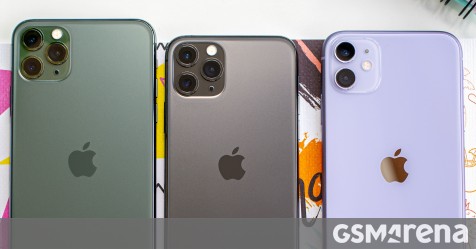 Only the iPhone 12 Pro and iPhone 12 Pro Max will get the new Time of Flight 3D camera sensor. The information was unearthed by early iOS 14 code, obtained by 9to5Mac.

The code references two of three devices as having a ToF camera. The devices are identified as d5x, which points to the iPhone 12 series because 2019’s iPhone lineup has been identified as d4x in iOS 13 code.

The information that the iPhone 12 won’t get a 3D sensor has been rumored for awhile, but is now unofficially confirmed.

A Time of Flight sensor will change the way the iPhone camera does portrait mode and will also work with the new AR app that Apple is reportedly developing for iOS 14.

Currently the iPhone uses juxtaposition of its main and telephoto cameras to gauge depth, while with a ToF sensor it won’t need to. The ToF sensor uses an projector to capture point clouds in the environment and create a 3D model of it. In other words the sensor will create accurate scene depth mapping.

Having a 3D ToF sensor will also mean that the measure app won’t require users to pan their phones around a space to measure something within it.

Finally, the iOS 14 code has also revealed that the iPhone 9 will have a single rear camera and that it will be able to capture stereo sound, during video recording.

The iPhone 9 will be the iPhone SE successor based on the iPhone 8 body – that’s to say a 4.7-inch screen, Touch ID instead of Face ID, 2017 bezels but the new Apple A13 Bionic chipset. The iPhone 9 was due for a late-March unveil and soon-after release, but has been delayed indefinitely due to the Coronavirus outbreak.