The Oppo Reno Ace 2 coming next month recently appeared on TENAA with its images, which revealed its design. Now, the listing has been populated with the full specs of the phone, leaving little to the imagination.

The Reno Ace 2 is built around a 6.5″ FullHD+ AMOLED display, that has a fingerprint reader underneath and a punch hole in the top-left corner for the 16MP selfie camera. 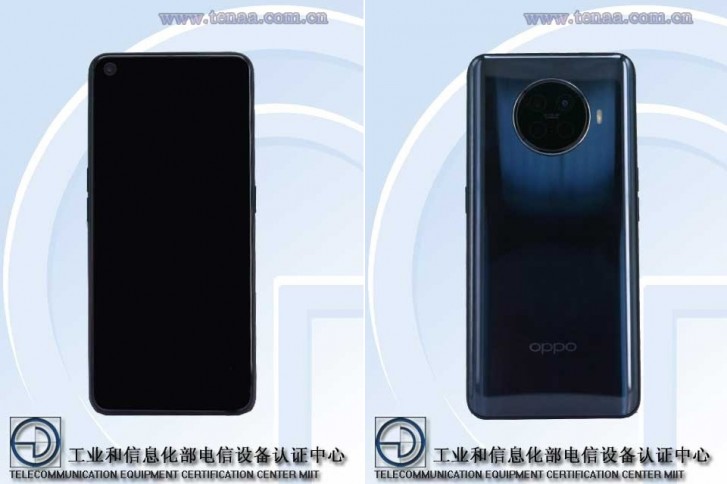 On the opposite side, you get a quad camera setup, which is a combination of one 48MP, one 8MP and two 2MP modules. The 8MP unit is likely an ultrawide camera while the 2MP modules could be macro and depth sensors. The previous Ace had a 13MP telephoto camera, which seems to be gone and we’re not super thrilled about it.

The Reno Ace 2 will support dual-mode 5G and will be offered in three colors – Black, Blue, and Purple.

TENAA says the Reno Ace 2 will pack a battery with a rated capacity of 1,955 mAh, but that’s likely the size of a single cell and we’ll probably get a total typical battery capacity of around 4,000 mAh.

Like its predecessor Reno Ace, the Reno Ace 2 will charge at up to 65W, but it will also support 40W wireless charging.