Samsung Galaxy A21 surfaces on Geekbench, Galaxy A31 goes live on FCC 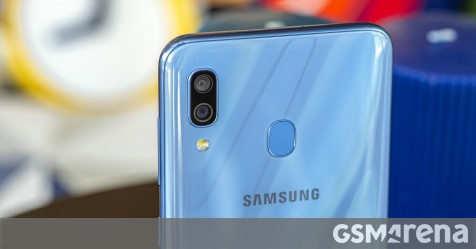 Samsung keeps pumping new members of its Galaxy A-series, as last year’s models are due for a replacement. Last week we saw some official looking renders of the upcoming Galaxy A21 and now the phone was spotted on Geekbench.

The Galaxy A21 bearing the SM-A215U model number managed 781 points in the single-core and 4,102 points in the multi-core tests, respectively. The test sheet reveals it’s powered by the Helio P35 SoC paired with 3GB RAM.

The phone runs Android 10, which will certainly be layered with Samsungs One UI 2.0. Previous A21 speculations also mention a 4,000 mAh battery, a four-camera array and an AMOLED Infinity-O display.

In related news, the Samsung Galaxy A31 (model number SM-A315F) was spotted in the FCC’s database. The listing does not reveal any new specs but gives us a look at the software side which will be covered by Android 10 with One UI 2.0 on top as evident by the screenshots accompanying the listing. We also learn the phone will come in at 158.5mm in length and 72mm in width. 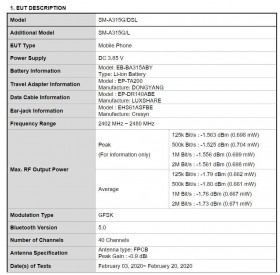 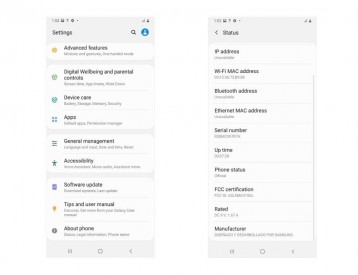 The Galaxy A31 previously appeared in a Geekbench listing, revealing it will carry the Helio P65 SoC alongside 4GB RAM. We also saw the phone bag certification from the Bluetooth SIG, which confirmed its support for Bluetooth 5.0. The phones imminent launch was also hinted when its official support page went live on Samsung Russias official site. As usual, well update you with more details once they are available.