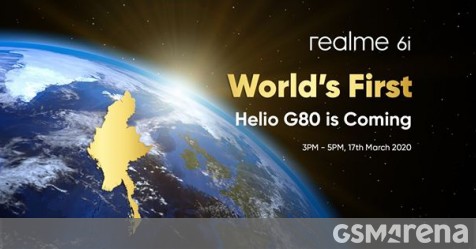 Realme has been growing its sales like crazy, and that’s partly attributable to the sheer number of devices it keeps launching, seemingly week after week. The remainder of this month will be no different, by the way.

First off, chronologically, we have the unveiling of the Realme 6i, which is taking place on March 17 in Myanmar. This is the third member of the 6 family, and will be the most affordable of the bunch. 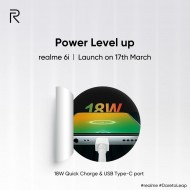 It will sport MediaTek’s Helio G80 chipset, which itself became official last month. The Realme 6i is also arriving with a USB-C port, as well as 18W fast charging support. Both of those are definite improvements from its predecessor, the 5i.

Later on, Realme is introducing the 6 and 6 Pro to the EU, on March 24. There will be a live stream of the European live event, which will start at 10 AM CET. This is presumably when we’ll get pricing and release date information for the two new mid-rangers. According to Realme, the X50 Pro 5G, its latest flagship offering, will become available in the EU in April.