Samsung Galaxy A71 5G passes through Geekbench with Qualcomm chipset 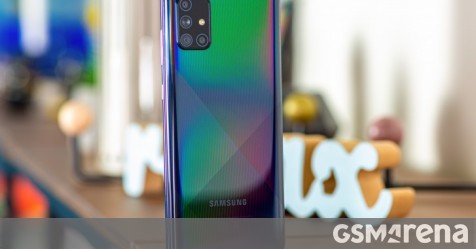 While the Samsung Galaxy A71 has been out since January, its rumored 5G version is yet to materialize. Weve already come across several certifications from agencies like TENAA, 3C as well as on Geekbench with the Exynos 980 chipset.

Now, a new Geekbench listing for the device with the SM-A716U model number (which should be the US version of the phone) shows us it will arrive with a new Qualcomm chipset codenamed Lito which boasts an 8-core CPU and base frequency of 1.8Ghz. The same SoC was also spotted on an upcoming LG phone just yesterday. The new Samsung device also boasts 6GB RAM and runs Android 10, likely accompanied by One UI 2.0 on top.

The phone managed 468 points in the single-core test and 1,606 points in the multi-core department. The Galaxy A71 is expected to retain the design of the regular A71 with a 6.7-inch Super AMOLED display with a punch-hole cutout on top for the 32MP selfie cam.

Around the back, were expecting an L-shaped quad-camera setup with a 64MP main shooter, 12MP ultrawide snapper and two 5MP modules  one for macro photography and one for depth data.

The battery should come in at 4,370 mAh and will offer 25W charging speeds. The Galaxy A71 5G is also expected to arrive in the US, China, Australia, New Zealand and several European markets.