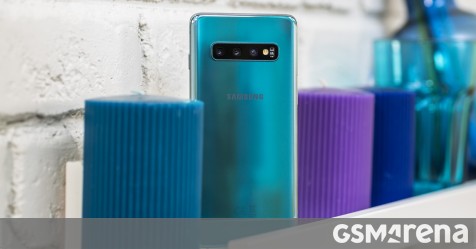 T-Mobile has started sending out the update to Samsung’s One UI 2.1 to the Galaxy S10, S10+, and S10e. This is the latest Android skin from the Korean company, the one that made its global debut on the Galaxy S20 family. In the meantime, its predecessors have been updated in various markets across the globe, and now the new software is finally making its way to those S10, S10+, and S10e units purchased in the US from the magenta carrier.

As always, this is bound to be a staged rollout, so if you haven’t received the update notification yet, don’t fret. It should arrive in the next few days. If you’re impatient, you can try to manually check through the Software updates section in Settings.

The update to One UI 2.1 packs a bunch of stuff for the cameras, including timelapse for night shots, video recording for the selfie camera at 60fps (FHD or 4K), and a Pro mode for video. You also get AR Emoji improvements, a better search experience in the Gallery app, and a better built-in Samsung keyboard. Quick Share (Samsung’s response to Apple’s AirPlay) is included too, while Music Share lets you extend your phone’s Bluetooth connection to another device.