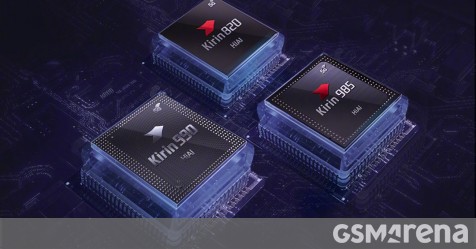 The Honor 30 series will feature all three of HiSilicons 5G enabled chipsets  from the flagship Kirin 990 5G, through the yet to be announced Kirin 985 and to the mid-range Kirin 820. This was confirmed by the company itself on Weibo.

The Honor 30S is already official with a 820 chip. This leaves the other two chipsets for the upcoming Honor 30 and 30 Pro, which popped up on TENAA a couple of days ago.


The Honor 30 series will use three 5G chipsets from HiSilicon

Besides the 50MP camera with Sony IMX700 sensor (seen here in a leaked image), the Honor 30 Pro will also have a periscope telephoto cam.

The company posted a couple of camera samples teasing the phones low-light capabilities and a possible Moon mode. Honors president also shared official images of the phone itself ahead of its official unveiling on April 15.