Xiaomi is the big winner in week 19, as six of its phones made our top 10 trending chart and they occupied four of the first five spots too.

In fourth and fifth we have two Redmi phones on the rise – the Note 9S ahead of the Note 8 Pro.

They are followed by the Samsung Galaxy A51 and the Redmi Note 8, which also gained a position a piece.

In eight we have the upcoming Huawei P30 Pro New Edition, that the company confirmed at the start of the week.

The Xiaomi Mi Note 10 Lite takes the ninth position, while the last available spot goes to the Galaxy S8, which is enjoying a renaissance as stock clearance sales lets people have it for peanuts.

The Xiaomi Mi 10 Youth and Huawei nova 7 Pro were flying as high as third and fourth last week, but didn’t even make the cut this time. They are joined on their way down by the LG Velvet and OnePlus 8 Pro. 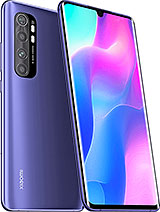