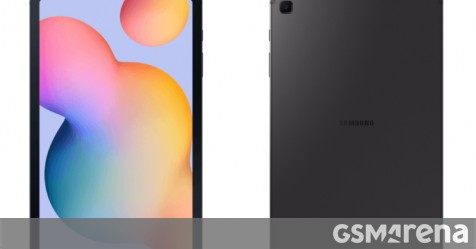 Samsung has been working on a new mid-range tablet for a while now. The Galaxy Tab S6 Lite has already been certified in Taiwan, as well as by the Bluetooth SIG. We’ve seen it in a leaked press render last month, but today it’s time for a bonanza of shots, alongside with all the spec details you might want.

The Tab S6 Lite is apparently going to have a 10.4-inch 2000×1200 LCD touchscreen with S Pen support, and the Exynos 9611 SoC under the hood. This chipset also powers a few of Samsung’s mid-range smartphones, so it’s no surprise to see it here. That said, perhaps in 2020 it might be nice not to use “high performance” CPU cores from 2016. The chip is paired with 4GB of RAM and 64GB of expandable storage. In some markets there will also be a model with 128GB built-in.

Moving on, the tablet will have an LTE version with GPS, and a Wi-Fi-only iteration with just NFC and Bluetooth taking care of connectivity. On the back there’s an 8 MP camera, while a 5 MP snapper takes care of selfies. There’s no LED flash anywhere.

The battery is 7,040 mAh, and the S6 Lite charges it via USB-C. The tablet weighs 467g, and has an aluminum frame and rear. The S Pen might be bundled with it in the box, and price-wise expect the Galaxy Tab S6 Lite to retail for 350 to 400 in the entry-level Wi-Fi-only version. The device will run Android 10 from day one.