vivo announced three X50 phones this week and they are all aimed at different applications  so which one of the three (if any) would be your pick for your next phone?

The vivo X50 Pro got the most runtime in ads thanks to its unique gimbal camera. Its instantly recognizable too with the way it looks around. Its a next generation optical image stabilization system, which is paired with a 48MP Sony IMX598 sensor. The other cameras are an 8MP periscope (5x optical zoom), 13MP portrait cam (2x zoom) and 8MP ultrawide shooter. 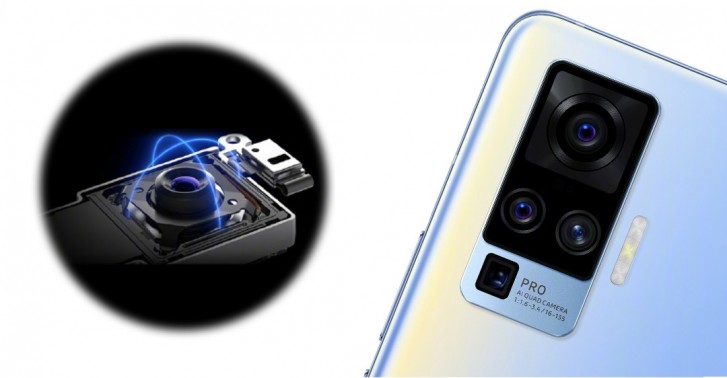 This phone is powered by the Snapdragon 765G, making it more of a premium mid-ranger. This is underlined by the 90Hz refresh rate of the 6.56 AMOLED display on the front (1080p+ resolution). It has curved sides, which makes it a looker, but some find flat screens more practical.

The vivo X50 Pro+ is the first to use Samsungs GN1  a large 1/1.3 sensor with Tetracell technology (Samsung’s term for Quad Bayer), which achieves large 2.4µm pixels using binning. This is coupled with motion deblur algorithms and continuous focus tracking for what promises to be the night time camera to beat. Then its mostly the same with an 8MP periscope (5x), 13MP portrait (2x) and 8MP ultrawide cameras.

The Pro+ model is powered by the flagship Snapdragon 865 chipset, so performance (especially 3D graphics) will be higher. This is matched with pushing the 6.56 AMOLED display to 120Hz refresh rate. Also, the charging speed goes up to 44W (from 33W on the non-plus model). The leatherette back is also exclusive to the Pro+ model.

Finally, we get to the vivo X50. It loses the gimbal system, settling for a classic OIS instead, and the periscope is gone as well, replaced by a macro camera. Overall, these are reasonable changes for the non-Pro model.

Interestingly, it has a very similar 6.56 AMOLED display with 90Hz refresh rate, but its flat. The vanilla X50 also gets to keep the Snapdragon 765G chipset and the 33W fast charging. Which one has the combination of features and price or is it none of them?