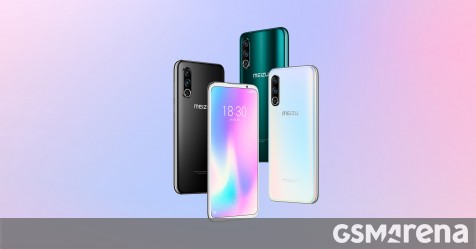 The Chinese manufacturer Meizu is celebrating 17 years of existence, and for that the company is up for celebrations. In a lengthy birthday message, the company thanked everyone you can imagine – from the political leaders that supported the start of Meizu to the Flyme developers, chain suppliers, fans, media, etc.

The message ended with a mention of Meizu 17 – the phones arrival was slowed down due to the epidemic but it is expected to arrive in April with 5G and all the neat features that come with the next-gen connectivity.

There is not much to say about the Meizu 17 – the phone was expected to arrive earlier, but because of the restrictions across China, employees werent able to work as efficiently as before. So far we know the device will sport a Snapdragon 865 chipset with the X55 modem, and thanks to a leak from last month, Meizu 17 is apparently coming with an OLED panel with 90 Hz refresh rate.

Meizu is a company that isnt following trends (and probably thats why it fell off the consumers radar), so we expect the new device to lack any notches or holes in the screen. The Meizu 16 family had ultra-thin bezels on top and bottom, and we expect more of the same.

Specs-wise, three cameras are a must, as well as UD fingerprint under the OLED, latest Android 10 with FlymeOS on top and some sort of fast-charging, hopefully more than the 24W we saw in the Meizu 16s Pro.