MIUI 12 officially announced in late April alongside the Mi 10 Youth smartphone. It was initially introduced to the Chinese audience, but now Xiaomi has scheduled a global launch which will take place on May 19.

The date was revealed by the Twitter account of MIUI with a cheeky teaser – there was a math problem that is apparently still trending around the marketing office of Xiaomi. 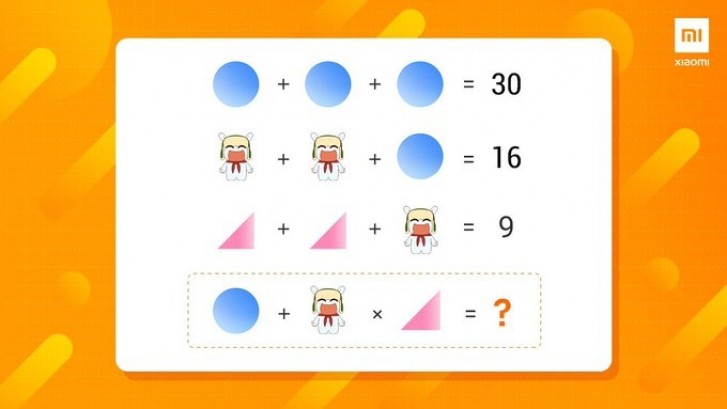 The answer is obviously 19, even if Xiaomi has decided to use two different pictures for the very same number, which is a common mistake third-grade students make in math class. The date might be confirmed as the 19th, and while the month isn’t mentioned it has to be this one. After all with the Chinese launch already behind it there’s no reason for Xiaomi to take until June to announce the features for global markets.

MIUI 12 is still based on Android 10 but comes with major visual improvements – flat design, new animations, an improved dark mode. It also tracks which apps abuse permissions and brings a feature called AI Calling that transcribes calls for the hearing impaired.

Xiaomi is already recruiting beta testers in India for the Global ROM who will pave the way for the package to reach more than 30 smartphones eligible for the update.